Now I can proudly say that I have danced in the Bolshoi Theatre in Moscow. Perhaps, I even put it in my CV. It’s not a joke. I really danced (a bit) in… the main foyer of the Bolshoi Theatre. It was during the tour of the theater when there were no visitors, ballet or opera performances.

While walking through the empty corridors, climbing the stairs, taking the elevators and listening to our tour guide I constantly found myself thinking:

“The Bolshoi looks and feels way too different when it’s quite.” 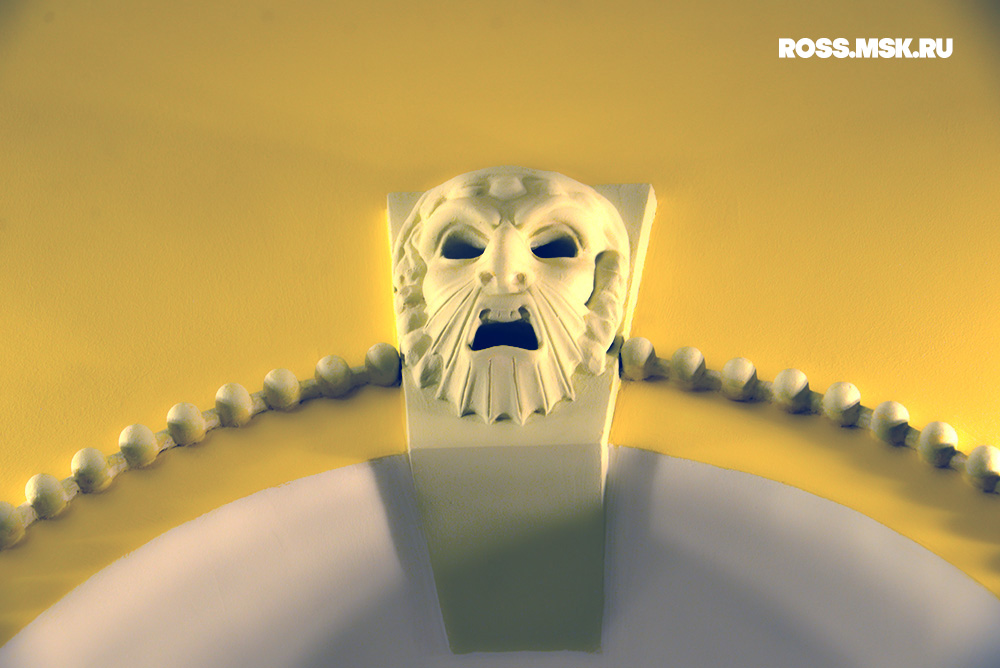 When there is no noisy people the Bolshoi is pretty quite and mysterious. You never know what are you gonna see when you pass through the narrow passages between marble walls. Will it be the Black Swan, or the Beast with the Beauty, or just an empty concert hall with a transformer stage?

The Beethoven Hall. The one with the transformer stage and movable chairs. Interesting that it’s only 70 meters (230 ft) from this hall to the nearest subway station. While you are here you don’t hear any subway noise at all. 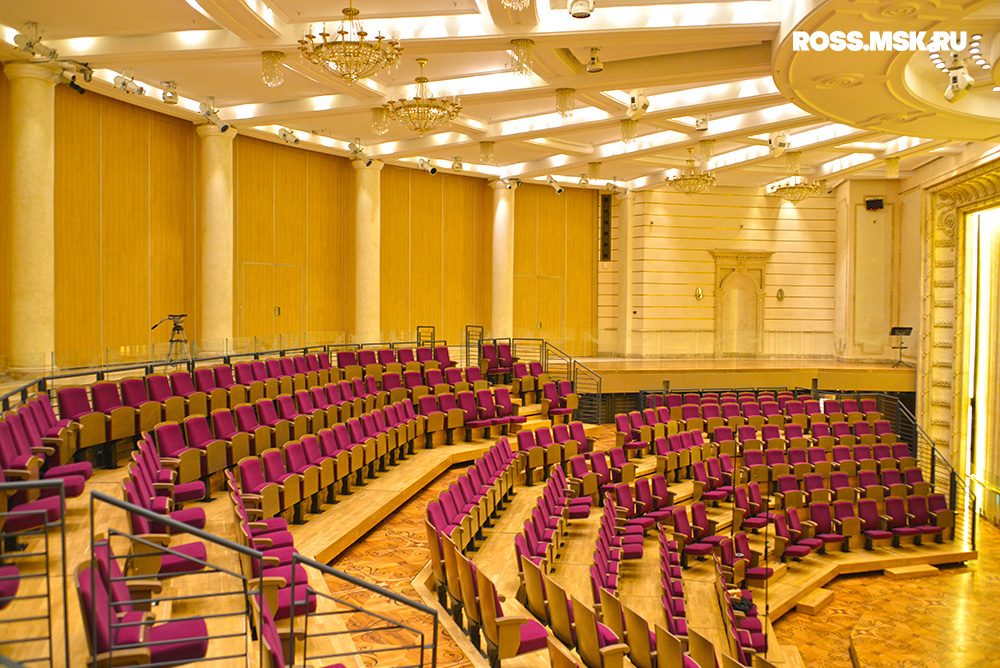 The main Historic stage of the Bolshoi. 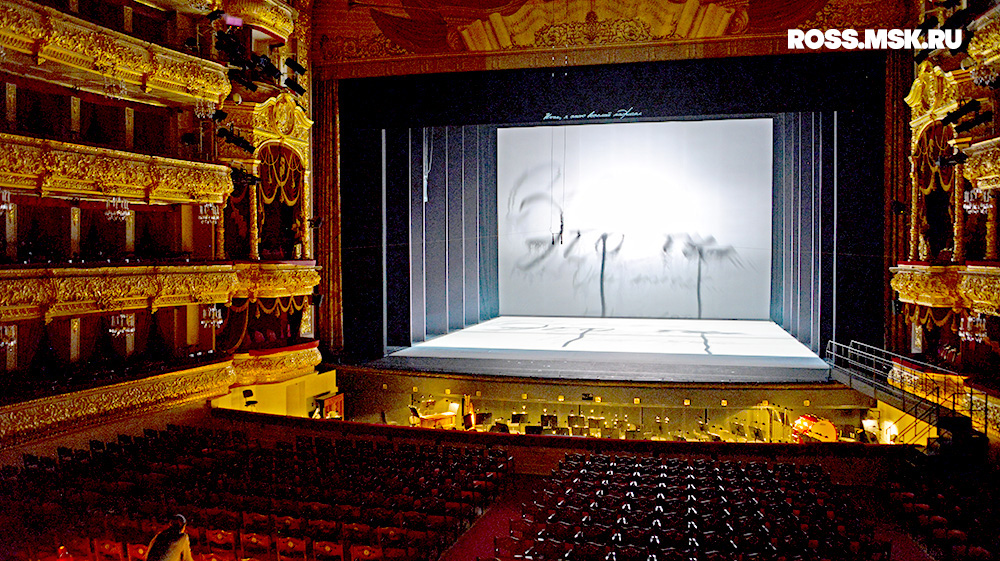 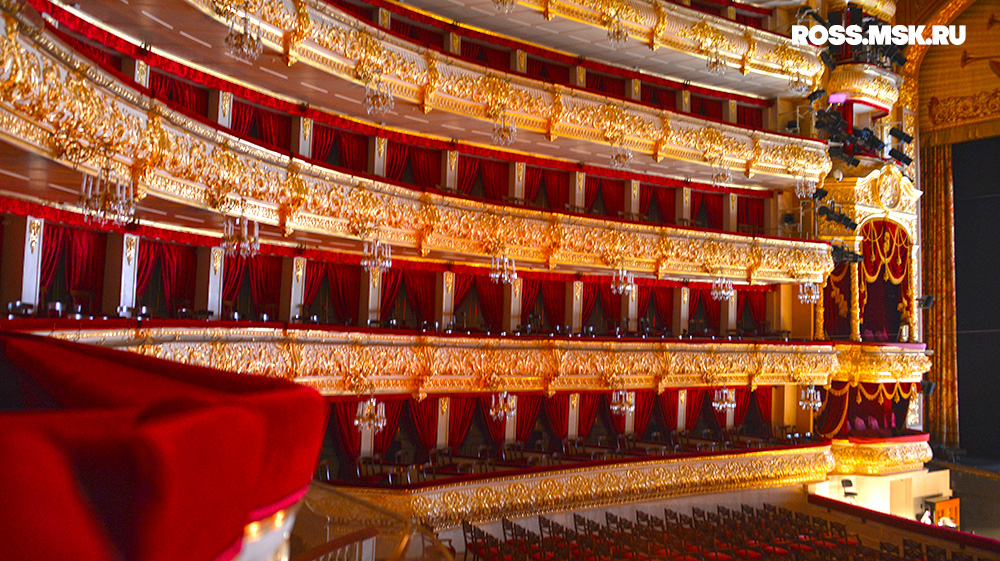 The brickwork of the 18th century. 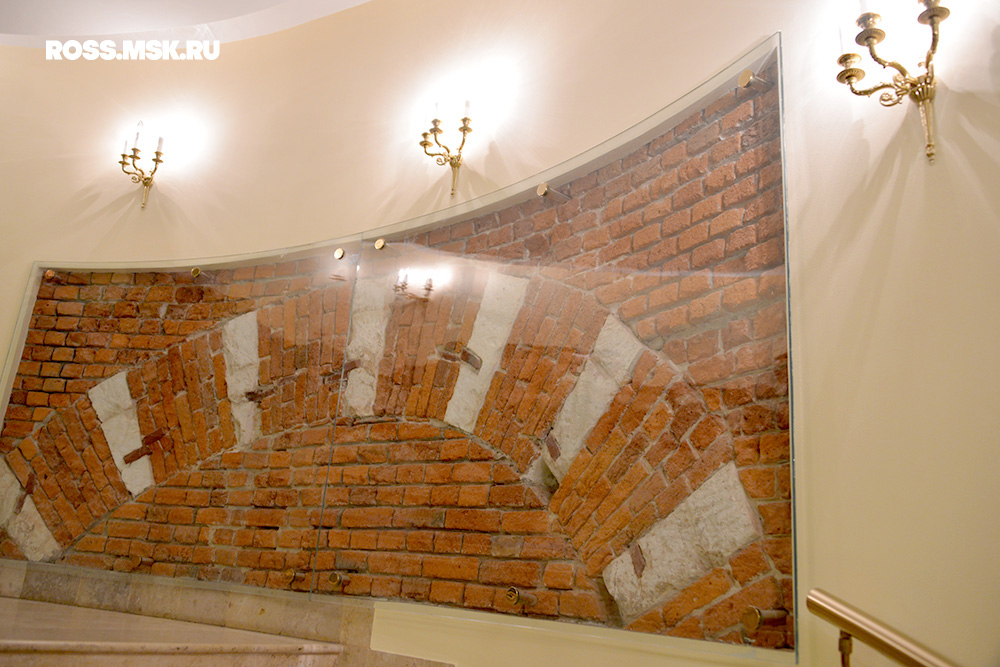 This is me dancing 🙂 Just kidding 🙂 It’s the video broadcast we’ve enjoyed watching while on tour.

A quick look into the rehearsal on the main (Historic) stage. 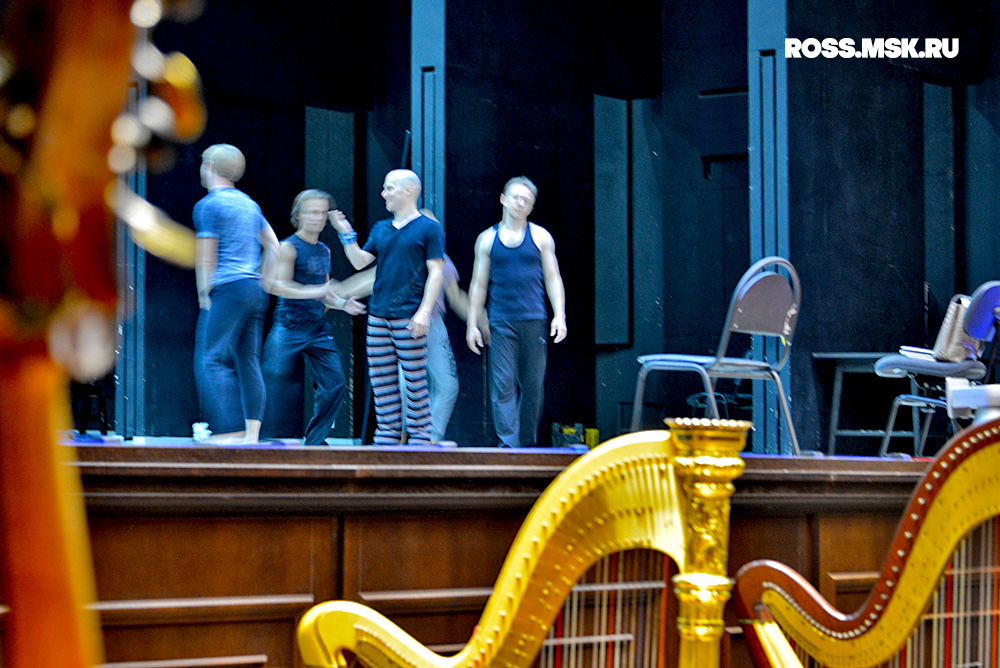 The cafeteria of the Bolshoi. I don’t know how many large halls this cafeteria has. The tour guide told us that in the past ballet dancers used this halls for ballet classes and rehearsals.

The main hall with a white grand piano and amazing chandeliers. 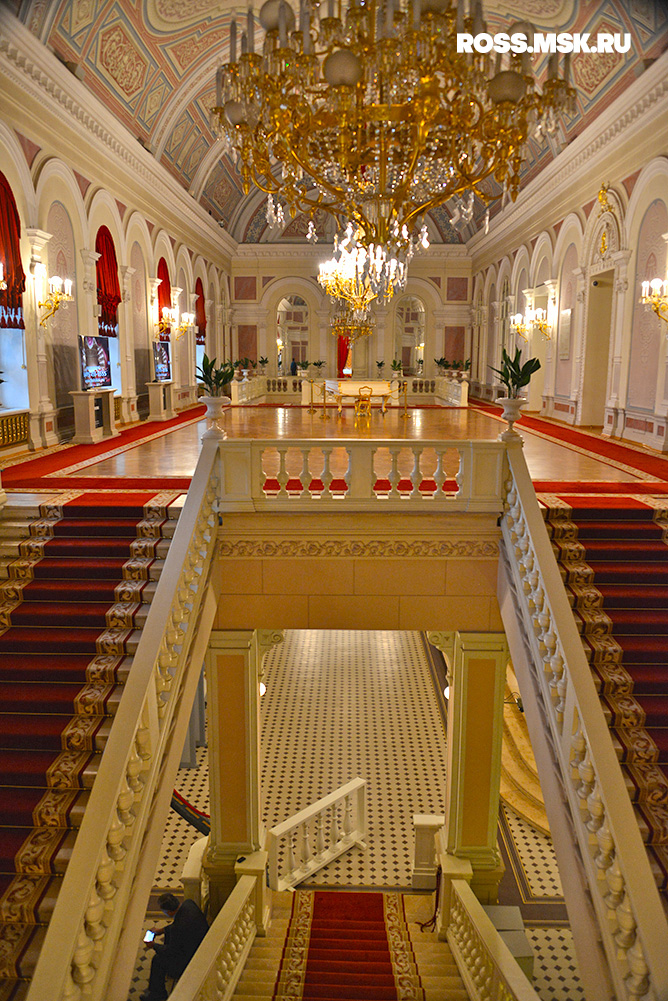 There was only one single painting I have noticed in the Bolshoi. I assume it’s a sketch for stage decorations for some ballet? I might be wrong though. 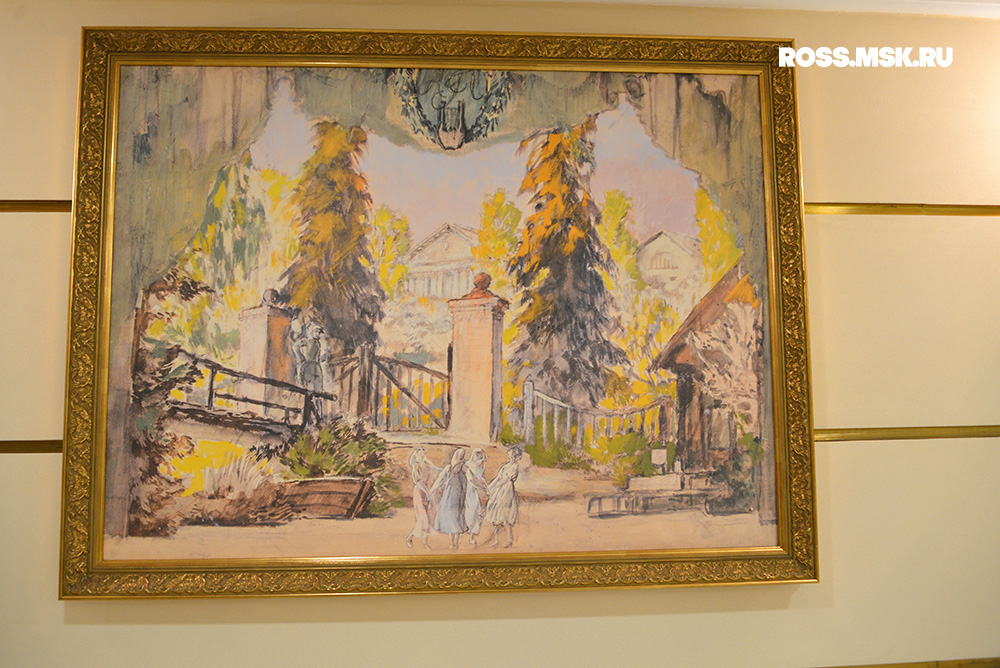 In the Bolshoi Museum there was an exhibit dedicated to Olga Lepeshinskaya (1916–2008), a Soviet and Russian ballet dancer. Her tutus, costumes, photos. 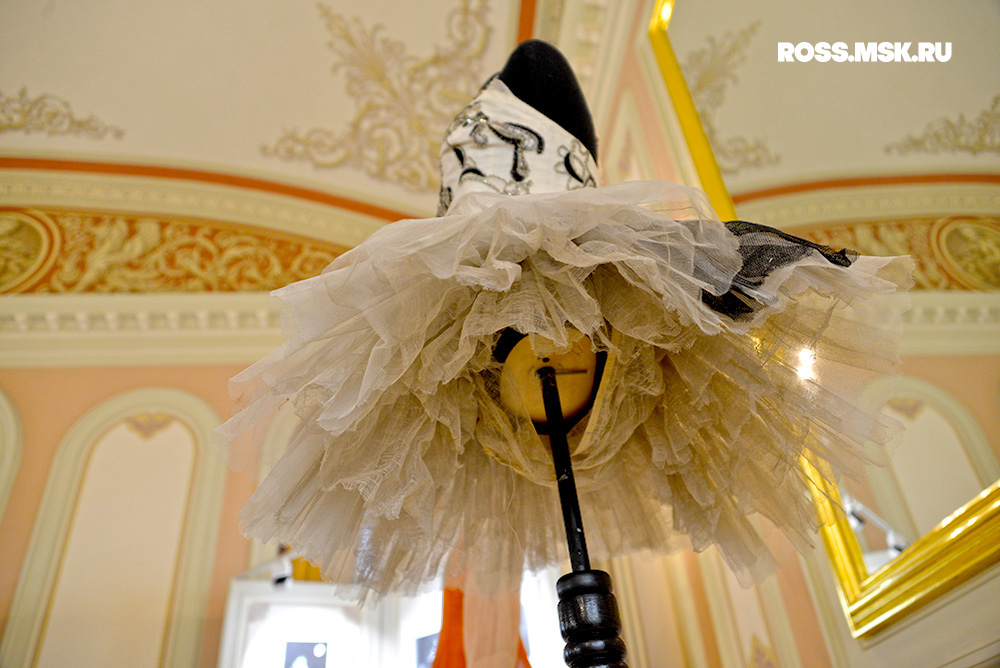 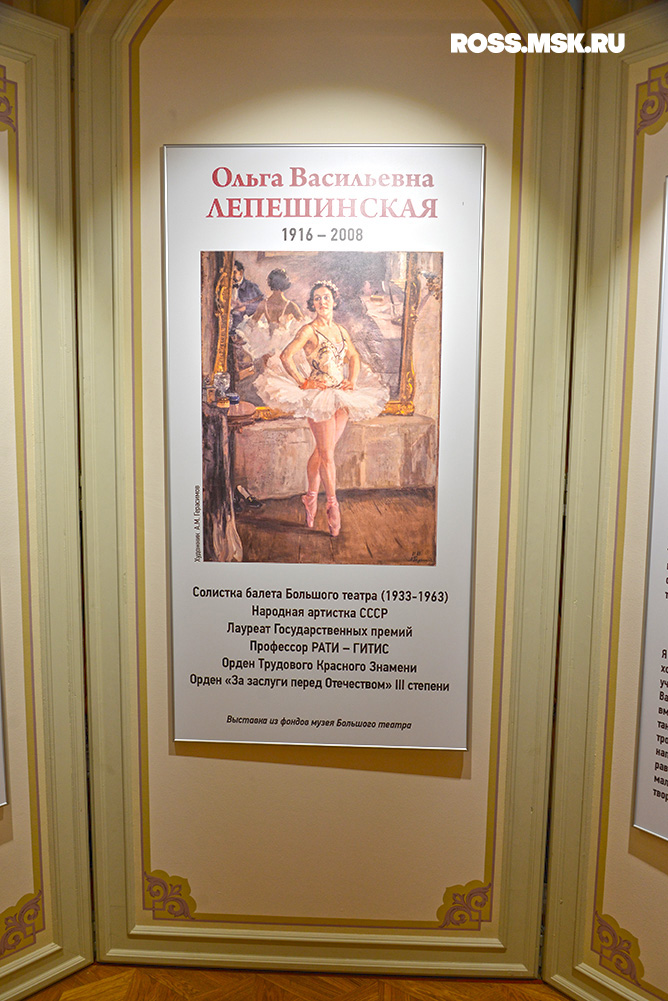 And of course we had a chance to look inside the costume sewing shop which hides right under the roof of the Bolshoi.

From here it’s one of the best views to the Kremlin and the Red Square. Apollo and his quadriga make it look unreal

The grand piano in the main foyer. I wanted so much to play it… Never mind…

And here I go! Frappe, plie, pirouette and pose 🙂 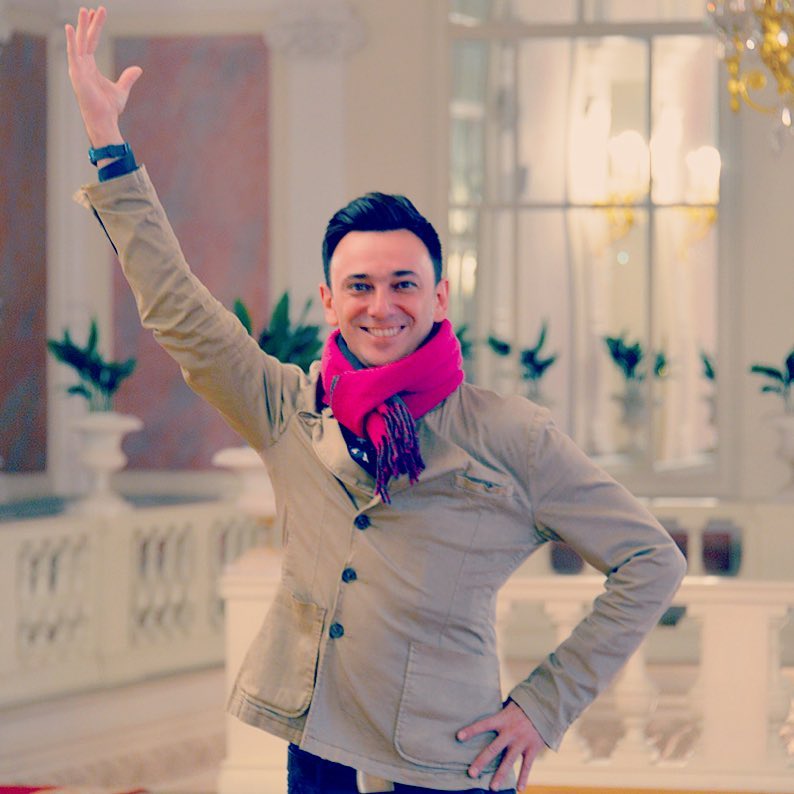