There were very unusual emotional ups and downs with laughter and tears following one another in turns. At this Gala performance in the Theatre of Nations in Moscow it was not about a dance or professional dancers. It was about real people dancing on the stage and expressing themselves.

First I though what kinda weirdness is it! Awkwardly moving people tried to do… a fuete. In Russia we have a saying “like a cow on ice”. Well, they were this cow on ice. But the more I watched and the more they moved the more I had a feeling that each “dancer” had his or her own story to tell.

Overweight men and women, one dancer was in a wheelchair, the other one was with Down syndrome. I believe only one or two had a dance experience on stage before (one guy was a ballet dancer). They danced! Solo, as a group, in small groups, in pairs. Good or bad – they didn’t care and so didn’t I.

They expressed themselves as good as they could. And this was so touching, so up lifting and encouraging. Encouraging to be yourself, to live and if you love something do to – just do it and do not care what the reaction of others will be.

Since it was not allowed to make any photo or video recordings during the performance, I have found the official trailer for “Gala” which runs as a show in many countries:

Interesting was also the last dance they performed. The group had to repeat a dance after one lead dancer. Each one had a chance to be this lead dancer. And the last person to dance the lead was a man who chose to dance in a style you might call a “drag queen performance”. With exaggerated femininity, even flirting with men sitting in the front row of the parterre.

The whole group repeated after him every single move and wink. For certain reasons this was very cool, joyful, provocative and liberating!

So, here is my painting as an impression from the an atypical choreography performance “Gala” by a French producer Jérôme Bel in the Theatre of Nations, Moscow (Russia) 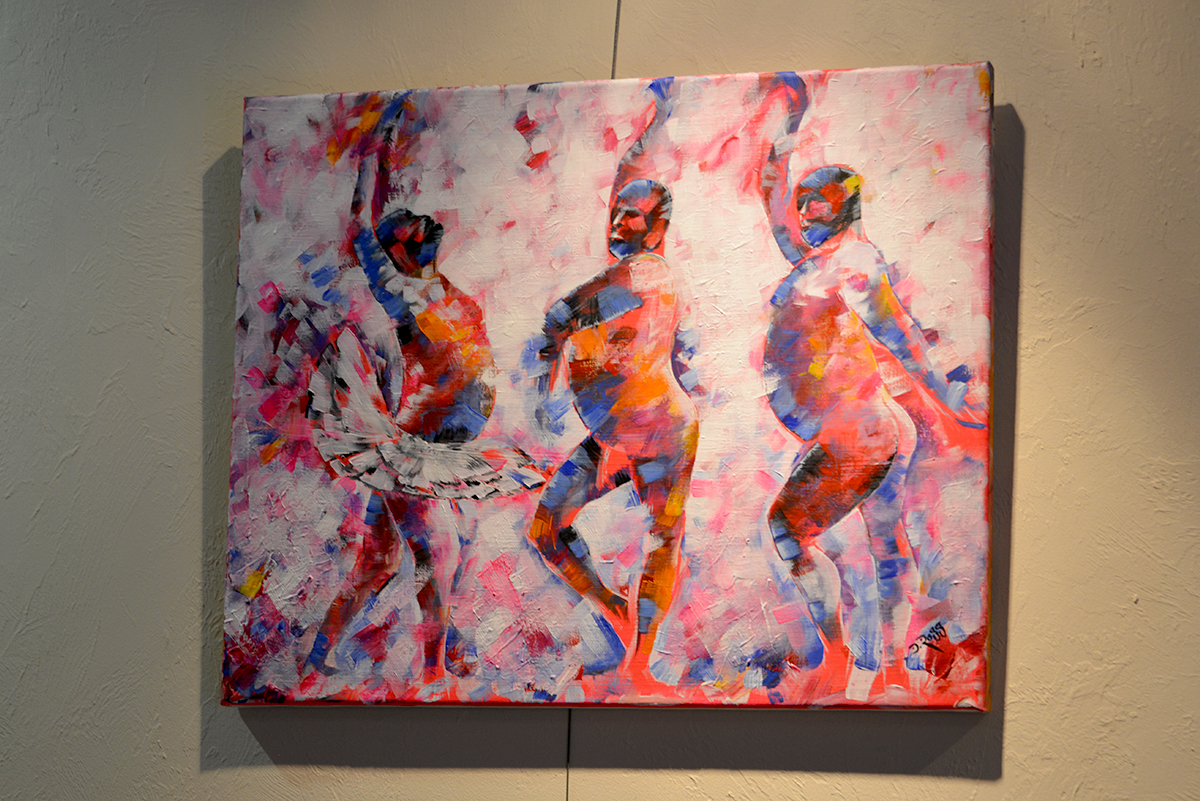 You can buy this painting in my Shop