The Museum of Russian Impressionism in Moscow is relative. Like the term “Russian impressionism” is also relative. It took me awhile to make myself visit the museum since it was opened in May 2016.

As I said, the term “Russian impressionism” is very relative. Some even say that it’s the museum of something which doesn’t exist. Russian painters took the form and the purity of colors from the French impressionists but Russian painters were not able (or didn’t want) to adopt the idea of impressionism which is the bright emotionality.

Perhaps, it was because of the “Russian soul” and its mystery. Or perhaps, it’s because the Russian emotionality is much darker than the one of the French.

Only a few of “Russian Impressionists” (for example, Konstantin Korovin) were able to convey the purity of emotions in the way the French did. But this is just my opinion.

In this “relative” space of the Museum of Russian Impressionism I could find and enjoy works of great Russian painters.

When I left the museum I had one question with any answer. It’s about the wonderful paintings of a Russian painter Valentin Serov. And the question is – why don’t they respect his work by placing it in a horrible-horrible church-icon-like frame? 🙁 Don’t they see that this frame is just killing the beauty of this simple and good “Window”?

And of course me and the selfie with a painting of Ernst Neizvestny (a Russian-American painter). 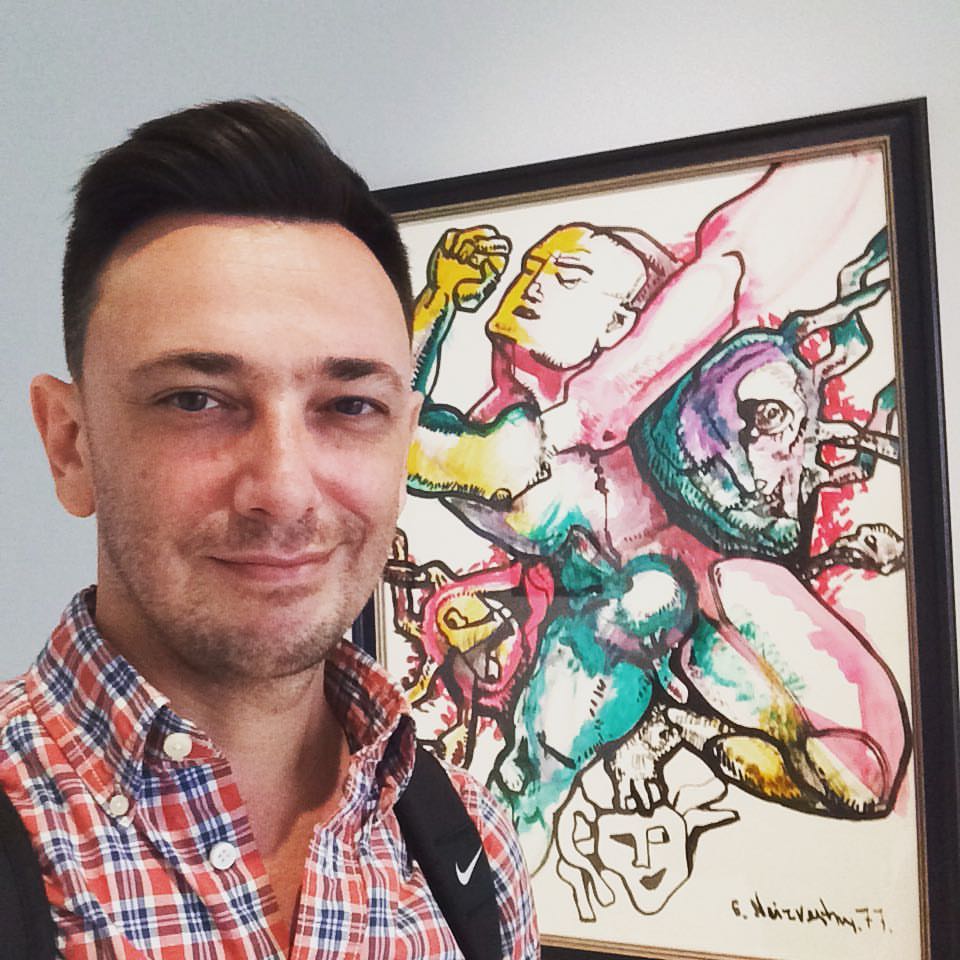